Been Broken Into? - Need to purchase an alarm system in Alexander Heights?

We'll get you good advice and our best price in one day. Purchasing an alarm system for your Alexander Heights home can sometimes be a little daunting as there are so many different makes and models to choose from, different salespeople from different companies offering different technologies and all swearing that their product is better than the competitors.

In this article, we are going to explain the differences between the various alarm systems out there to help you make the right decision when choosing an alarm system for your property in Alexander Heights.

The first thing to think about when your choosing an alarm system in Alexander Heights is your panel and the manufacturer of your alarm system. The security panel is the brain behind your alarm system, this determines what code pad you will have on your system, how many zones or detection devices you will be limited to, what remotes for arming and disarming will look like if you choose to purchase them and what warranty you will receive. Panels come with a preset maximum amount of zones so caution must be taken when selecting. If you have an 8 zone alarm system and you can see yourself needing more alarm zones in future be sure to check with your installation company that your panel has capacity for future expansion beyond your current needs. Please see below list of common alarm system manufacturers within the Perth market.

When choosing your security panel/manufacturer in Alexander Heights be sure to ask your security business representative the following questions to make sure you are getting the right product to suit your needs.

This is the most common alarm device attached to alarm systems in Alexander Heights, the sensor is wall mounted generally in a corner of a room at ceiling level. This sensor works by detecting changes in heat within a designated distance from the detector, this is generally about 10 metres, however, larger types can cover distances much further.

Rapid Alarms is a proud Western Australian family business employing local hard-working Western Australians. We are also keen supporters of local Alexander Heights businesses that operate in / service clients in your area including 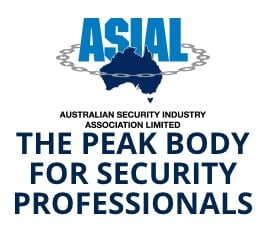